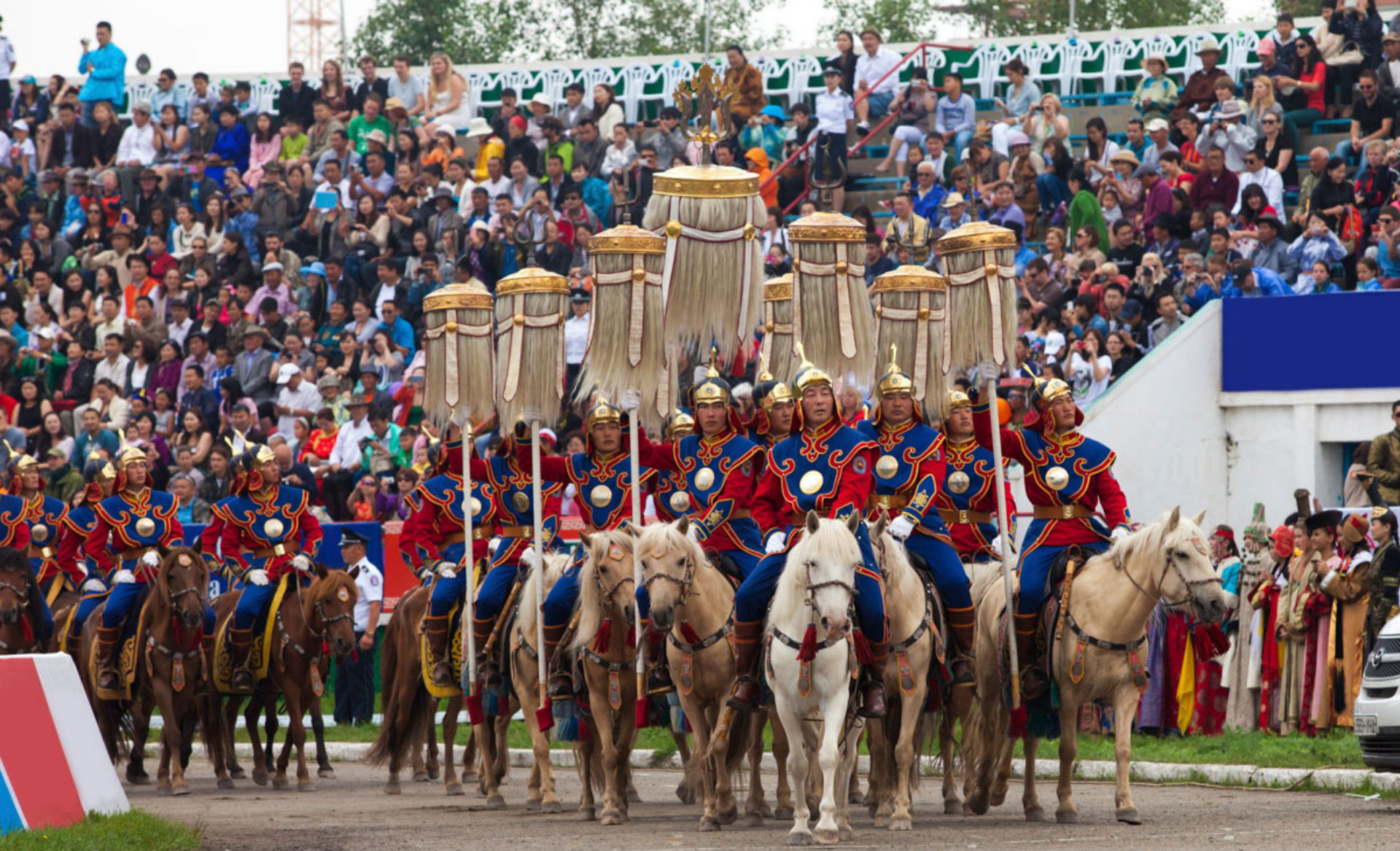 Nadaam – also known as Eriin gurvan naadam (“The three Games of men”)–is a traditional Mongolian festival that dates back over three thousand years. The second oldest Olympiad in the world, for eight centuries it has been an opportunity to commemorate the exploits of Gengis Khan and since 1921 the anniversary of the revolution. Today it has become an event that women can also take part in and takes place during the mid-summer holiday.

The three specialities come from the spectacular Mongolian horse riding tradition with archery on foot and on horseback and wrestling (Khapsagay). Five hundred men take part in the games- there are no categories or compromises – to win the title of “Lion of Mongolia”. The winner of at least two national titles is proclaimed “Titan”. © COPYRIGHT

In Mongolia for the second oldest Olympiad in the world