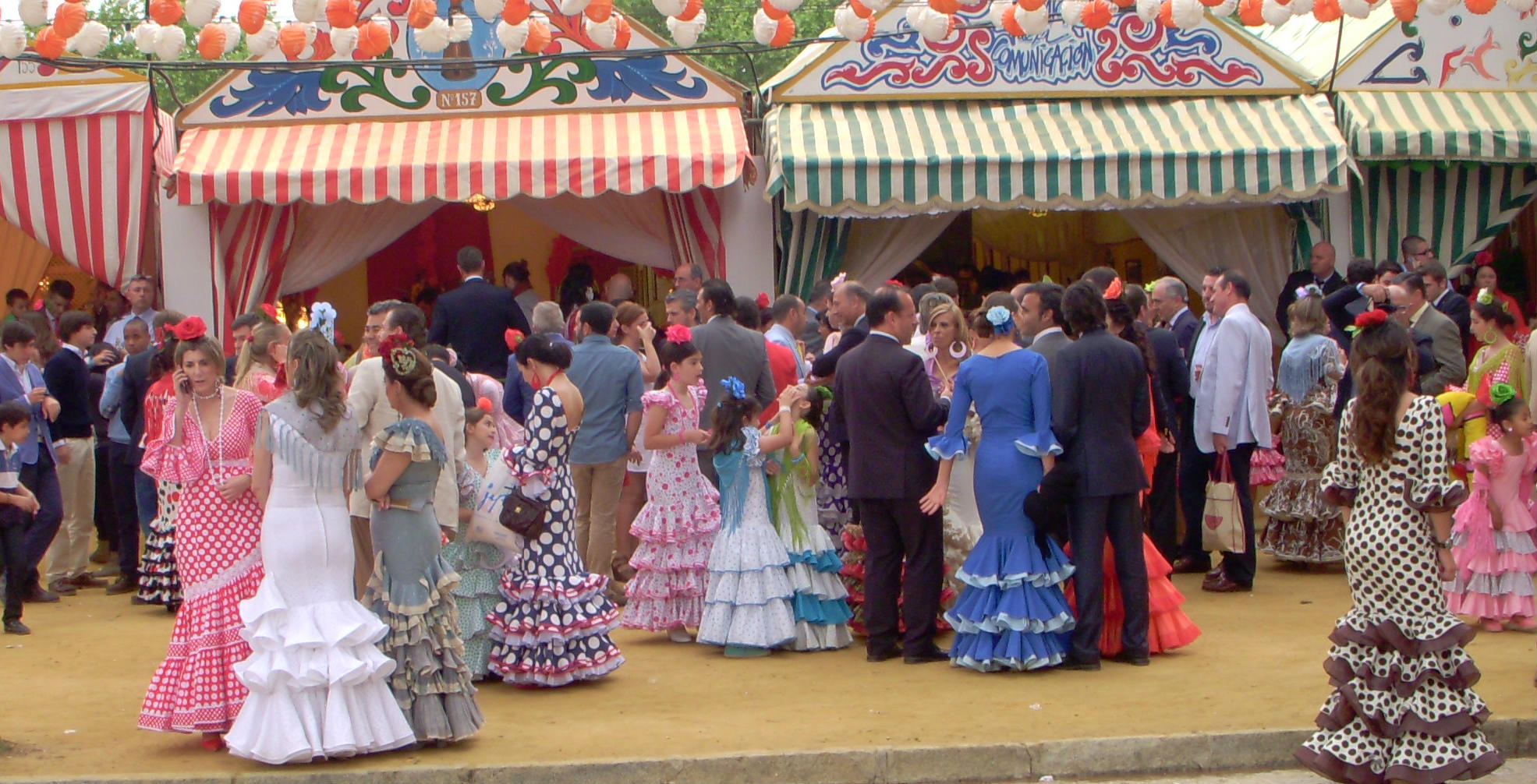 The April holiday in Seville

It’s like summer when you arrive in Seville for the April Holiday. Stepping from the plane there is a strange note in the air, a euphoria which builds as you approach the city and takes the initial form of barely concealed amazement, shortly after this gives way to the conviction of being in the right place at the wrong time as no-one had told you they were making a film here. In fact, two weeks after Holy Week Seville becomes the set for the film Blood and Sand, except that its pure unflinching reality.

The April holiday in Seville