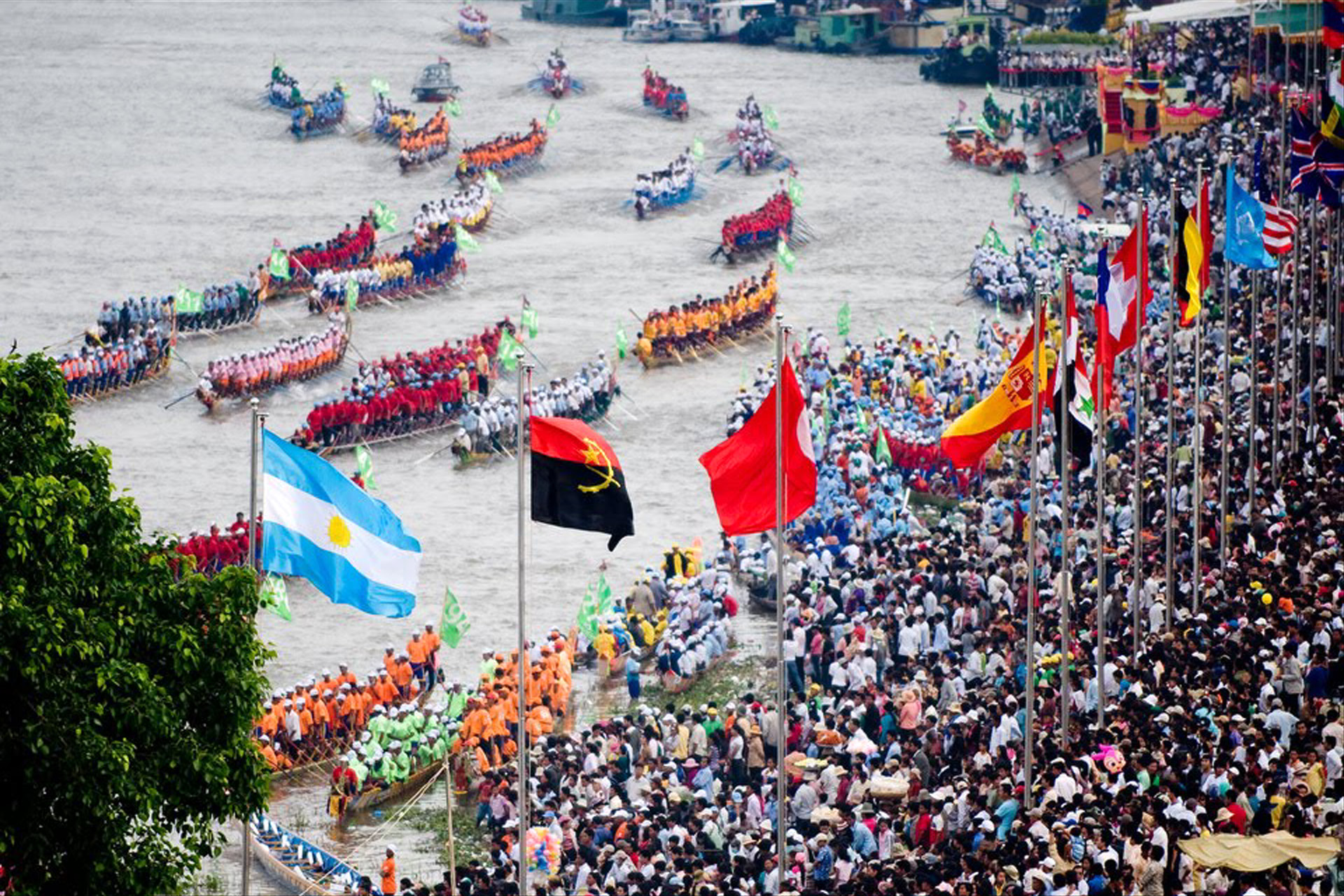 Water Festival, in Cambodia for the end of the rainy season

There is no better time to visit Cambodia and its capital Phnom Penh than the thousand year old Bon Om Tuk or Water Festival. It is held between October and November during the phase of the full moon at the beginning of the dry season when the River Sap, which flows into the Mekong River in Phnom Penh, changes its course to flow towards the sea.

The guide who accompanies me around the capital is Iv Sor and he speaks perfect Italian. During the Khmer regime he was eight years old and worked in the paddy fields like the adults. He has a smiling open face and is very knowledgeable. He informs me that this year the Water Festival will take place from 13th to 15th of November. Imagine the spectacle of five hundred boats covered in symbols which follow the course of the river and a million Cambodians who flock to the capital from the provinces. The opposite of what happens in April at New Year when the exodus is towards the country.

Water Festival, in Cambodia for the end of the rainy season