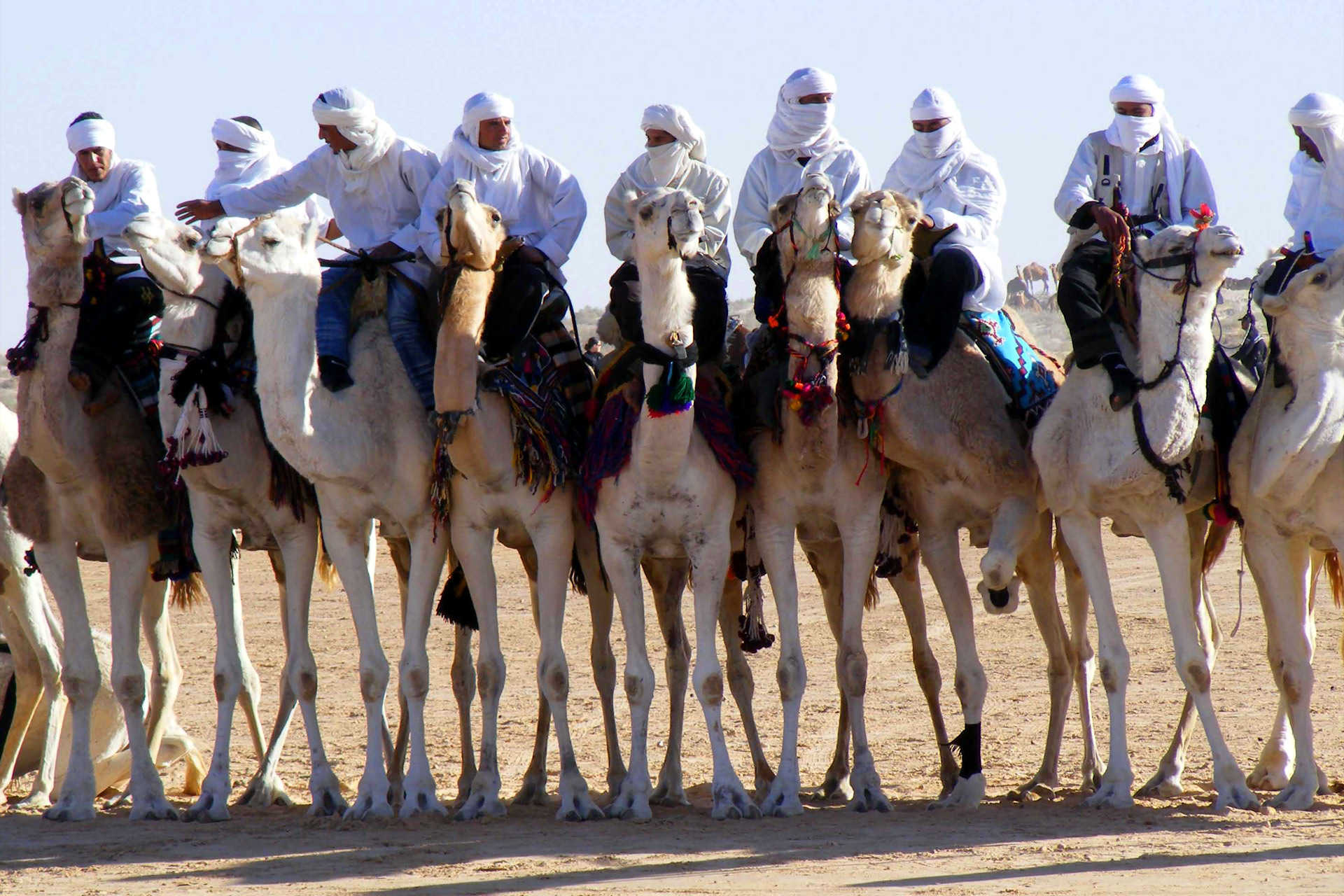 There is a large meeting on the edge of the desert. It is a festival that conveys and hands down traditional culture, ways of life, storytelling, daily customs and the mores of nomadic peoples. It is a rare occasion to penetrate a secret and fascinating world. It is the parade or the feast of the dromedaries in the Douz oasis which began just over a century ago in 1910as a camel and rider parade in a grand merry-go-round of customs and which, during the Eighties, took on an international dimension.


At the end of December, for four days, the international festival of the Sahara becomes the place where numerous nomadic desert tribes meet up, not only for the displays but also in a proud show of cultural identity. Men and women from the world of the dunes and the sand arrive, not only from the south of Tunisia and the Maghreb area, but also from a number of African and Arab countries.

The date of the festival is to be confirmed.